In 1948, Dr. R.D. Stuart and co-workers efforts led to the introduction of medium what is known today as Stuart's medium. It consisted of Sodium Thioglycolate, Sodium Glycerophosphate, Calcium Chloride and Methylene Blue as a color indicator. And it’s for maintaining the viability of organisms while in transit using a swab as a collecting device for the first time. Two decades later Cary and Blair modified Stuart's medium by replacing Sodium Glycerophosphate with inorganic phosphate and raised the pH to 8.4.

Stuart's and Amies transport swabs have since been the most popular and commonly used transport systems for a wide range of clinically significant microorganisms while Cary and Blair's medium supported the viability of the enteric pathogens in fecal samples.Today these transport media remain the preferred choice even though little change in formulation has occurred during the past several decades.

However, the swab collection devices, which are the critical component of any transport system, have continuously evolved and gone through multiple technological advancements in design, materials and performance characteristics to the point that no longer one swab fits for all purposes.

In 1990, a foam swab for media-free transport systems was developed by Puritan. This kind of foam swab made from polyurethane foam was embraced by the point-of-care community. As the first specimen collection device used for its collect and release attributes by the rapid POC diagnostic companies, it is still widely used today. And in a word, this was truly the first elution swab on the market.

Previous:
None
Next:
Transport Medium For Bacterial And Viral Sample
News
Hot News 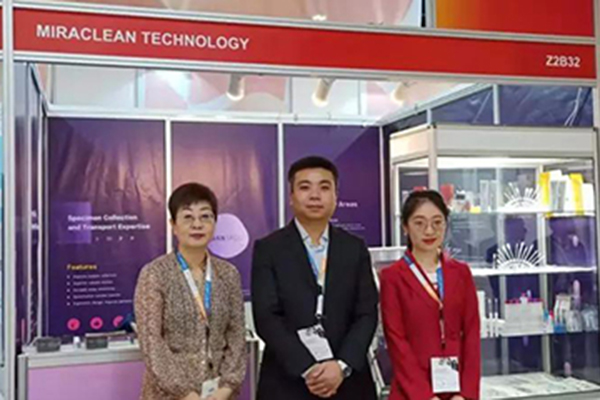 On The Banks Of The Rhine, Miraclean Debuts In Medica, Germany
Product Catalog
Products